Portfolio > The Matrix of Choice 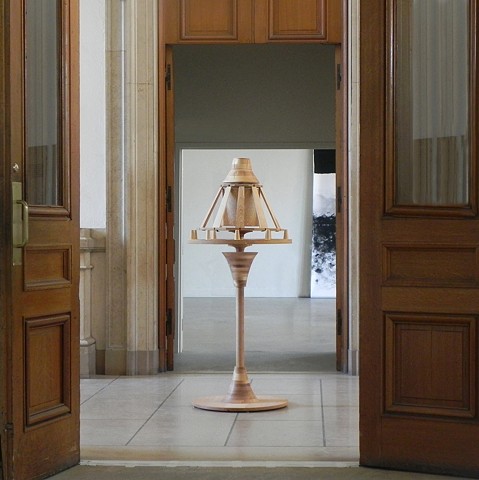 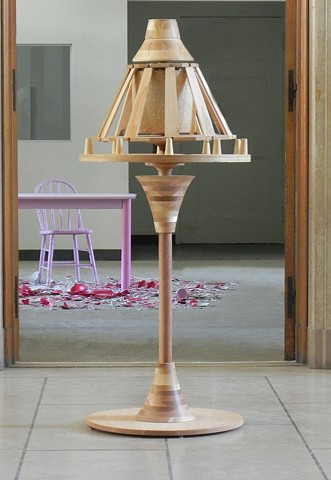 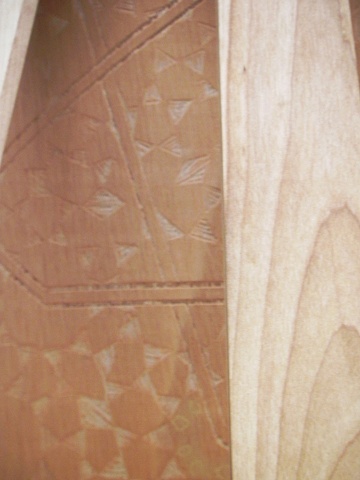 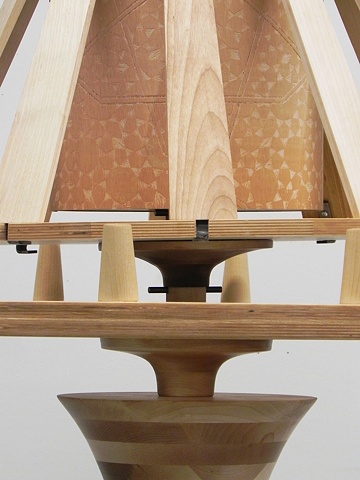 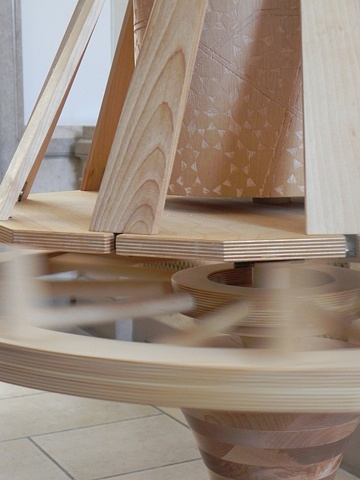 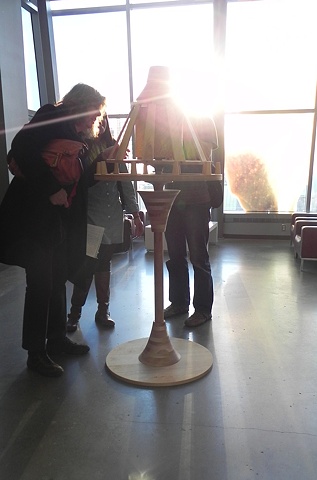 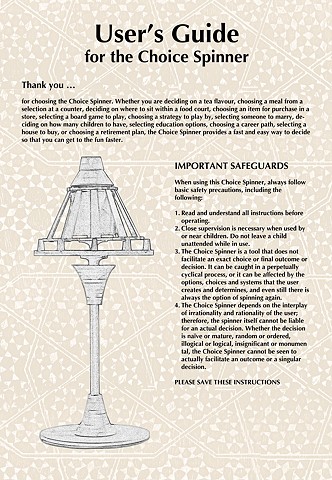 User's Guide to the Choice Spinner (Part I)
Screenprint
30x44 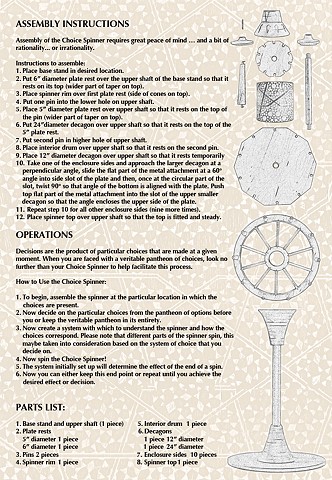 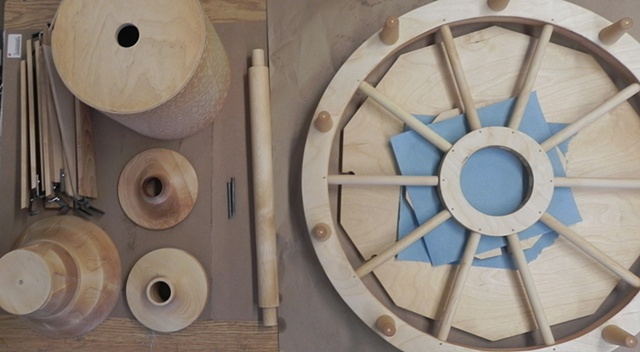 The Matrix of Choice

As a human being I have always had a very challenging time making decisions, both major and minor. I find it difficult to sort through the variety of choices that are available on a day-to-day routine, to narrow down options, and then to ultimately decide on one thing. In this work I have tried to distill this process and look at the foundation of a decision and its relationship to choices.

The main component of this series is the “Choice Spinner”. This piece is based on the spinner from the Game of Life board game. The object of this game is to “travel the path of LIFE making decisions” (Hasbro, 2010). The spinner on the board is equivalent to a dice in other board games in that during a turn the player spins the spinner in order to determine the number of places moved on the game. However, in the Game of Life the central spinner ultimately contains all possible choices within it and determines a players movement through “life,” making a number of key life choices including marriage, having children, going to college, choosing a job and retirement.

With the “Choice Spinner”, the lighthearted game takes on mammoth proportions as a wooden sculpture. Due to the physicality of the piece, over five and a half feet tall and over two feet wide and made up of hard and soft wood and intricate construction, the triviality of the game and its spinner takes on different implications.

There is an inextricable link in the relationship between games and decision-making. Games allows for the development of decision making skills within a low-risk environment and enables players to grow competence while minimizing the potentially negative consequences that surround our other life choices (Design Innovation, par. 1). However, in contrast to its two-dimensional board counterpoint, in this work the low-risk environment becomes increasingly perilous as the piece increasingly interacts with its physical space of the real world.

The second component of this work, “The User’s Guide for the Choice Spinner” is a bookwork that contextualizes the piece as a physical object to be assembled and used. As the initial page of the book states, Whether you are deciding on a tea flavour, choosing a meal from a selection at a counter, deciding on where to sit within a food court, […] selecting a house to buy or choosing retirement plans, the Choice Spinner provides a fast and easy way to decide so you can get to the fun faster. Rather than being used within a simulation of life, in the game the Choice Spinner takes on the potential for real life implications and decisions within the bookwork.

This series is symptomatic of the inherently cyclical process of an involvement with the theme of decision-making. When examining the processes inherent in forms of decision-making there is an inevitable cyclical and futile determinacy as eventually all choices depend on a decision and all decisions depend on choices. In this way I see a parallel to the chicken and egg dilemma, and the inevitable futility of identifying the first case of a circular cause and consequence. Ultimately, this work attempts to highlight that which is implicit in everyday life and to contribute to an understanding of the ways in which people interact with and make sense of the world through an engagement with the choices we make.